A Year of Survival FOR me, 2015 has been a year all about survival. Not just because it was the year that my book Born Survivors was published, but because Himself made it to sixty, and he and I have ended it partially (and, we hope, temporarily) disabled by the end of it.

Having started the year in Suffolk and then flown to New York for 10 days to catch up with friends and publishing colleagues, I launched Born Survivors in the Mauthausen concentration camp in May - with the three miracle 'babies' Hana, Mark and Eva by my side.

We then flew to London to appear on BBC Breakfast, Woman's Hour and numerous other shows before flying to Chicago to launch the book in North America at the Illinois Holocaust Museum. 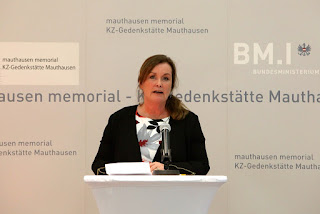 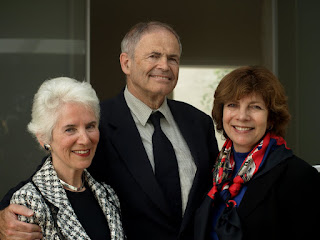 The book has been published in 21 countries and translated into 16 languages. It has been an international bestseller, reprinted many times over and continues to touch people worldwide. In all, I went on to visit 11 countries in 6 months.

The response has been completely overwhelming and all four of us are humbled and proud. After a brief Christmas break, we will resume the book tour next month, starting with Eva and I giving the annual Lord Merlyn Rees Memorial Lecture at the House of Lords. Two weeks later we'll appear on Clare Balding's BBC Radio 2 show, give a talk at the Cambridge Holocaust Memorial Day, and continue our tour of schools, Holocaust events and literary festivals.

In February, we'll be speaking at four events for Jewish Book Week in London, Leeds, Manchester and Bournemouth, and appear at Words by the Water festival in Cumbria. March will find me in Germany, Portugal, and Slovakia, with Hana. By May, we'll be on our way back to the USA to speak at various Holocaust museums and events, and in July, I hope to be speaking in Krakow and Auschwitz as part of World Youth Day. 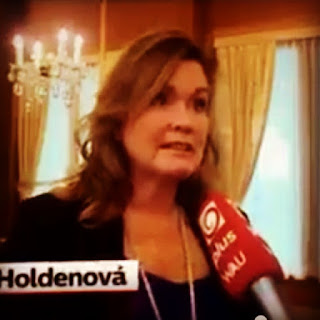 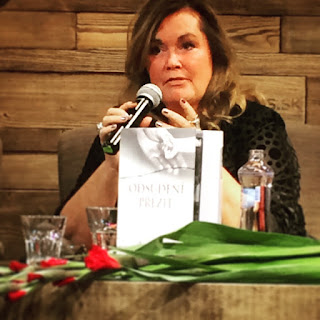 In my spare time in what was a manic year, I completed In the Name of Gucci with Patricia Gucci, the only daughter of the late Aldo Gucci, the indefatigable driving force behind the global retail phenomenon. That will be published in May 2016 and promises to be a revelation into the life and loves of one of the world's most successful businessmen, with special emphasis on the enduring romance between him and Patricia's mother Bruna. It would make a cracking television drama!

After a week's break with my best friend Clare in the south of France, June found me in Istanbul with Himself and thirteen friends to celebrate his 60th birthday. We also had parties in London and Suffolk, before spending a few days in Italy and a glorious week together in Crete.

It was an incredible and emotional time and, in our 35th year together, felt like an important milestone. 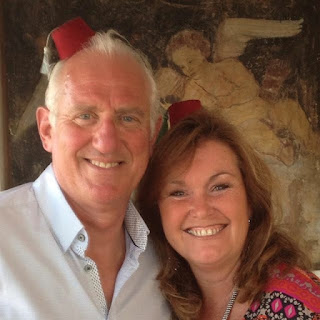 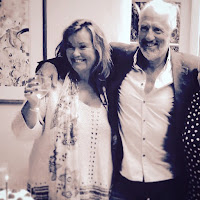 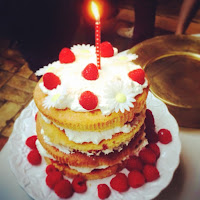 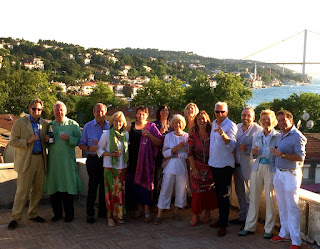 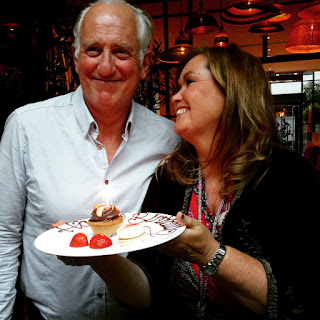 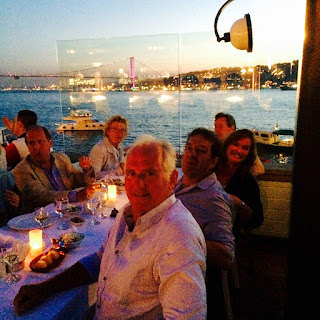 Sadly, within weeks - and especially after a quick flit to Portugal and Poland as part of the book tour and to celebrate a good friend's 60th, Himself began to suffer from the first signs of the Achilles tendon degeneration which would end up with him having surgery and spending the next 9 weeks on crutches.

It didn't stop him continuing to support and assist me at various book signings around Europe, though, and in everywhere from Sheffield to Henley, Cambridge to Bratislava, the Isle of Wight to Southwold, we sold out at every event. 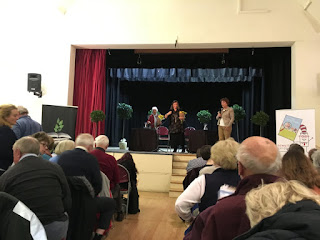 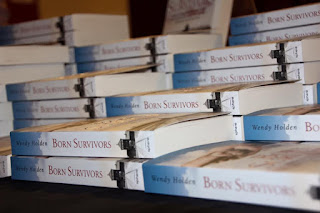 In October, Eva and I were the guests of the Austrian embassy in London, where the ambassador kindly hosted a talk and book launch for invited guests. Himself attended on crutches and it was a spectacular venue in which to speak of the extraordinary events in the Second World War. 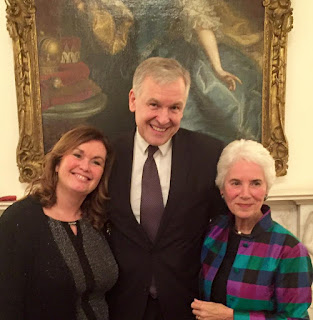 This year also saw the 25th anniversary of the first Gulf War. It was at this time in 1990 that I was preparing to spend Christmas in Baghdad. I'd been there virtually non-stop since Iraq invaded Kuwait that summer and Saddam Hussein had seized foreign hostages. By December, the US were preparing to invade and I was one of a handful of journalists bedding in for the duration. I was destined not to come home for good until late 1991.

Those were bittersweet days and on at least one occasion I didn't expect to survive and wrote a note to Himself which I placed inside my boot. Thankfully, I came home in one piece although permanently affected by some of the things I witnessed. I marked the anniversary in quiet contemplation of those who weren't so lucky. Here is a photo of me in Babylon back then. 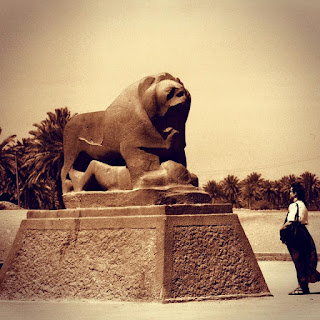 By November, I had started on a new novel about which I can only tell you the title - The Whisper of the Stars. I also wrote a treatment for a potential screenplay of Born Survivors, which is currently being considered in Hollywood - so watch this space.

Earlier this month, I agreed to take on an exciting new UK-based project to be published later next year and I shall be at my desk starting work on that on January 4. I am delighted to announce that my lovely friends at Sphere, the publishers of Born Survivors, were the successful bidders of that auction.

All seemed to be working out perfectly after an eventful, moving and fascinating year until December 17 when - two days after Himself finally relinquished his crutches - I fell into a pothole in the dark and broke my ankle. I shall now spend the next 6 weeks on crutches as it slowly heals. 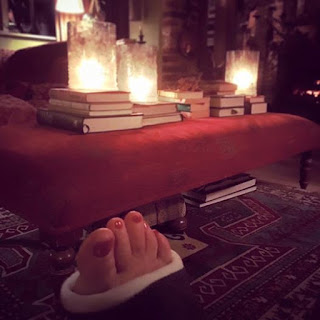 It could have been a lot worse and so, once again, I am thankful for surviving and for still being here to continue to do what I love doing with the most remarkable people who entrust me to tell their stories. 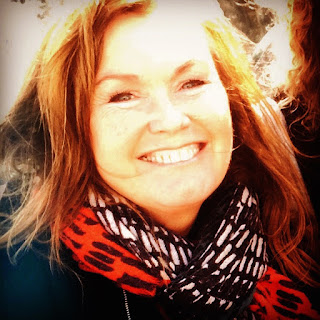 Wow, what a year, and fantastic that Born Survivors is out there. Well done, and hoping that 2016 is as good a year as last, but with fewer crutches!

Do you have plans for an edition of Born Survivors in Hebrew?

We would have loved to have had the book published in Hebrew, Andrew, but so far every Israeli publisher has passed on the opportunity to publish it sadly. This makes them one of the few countries in the world where the book will not be available.

Seems a shame, I am sure it would be a great blessing to many Israelis. I hope you do find a publisher there before long.