So, 2013, you came and now you are leaving us. Someone once said that Time is what we all want the most but use the worst. Did I use you well this year? I like to think so.

Having seen the new year in riotously with good friends in our adopted county of Suffolk, England, in January we mourned the loss of a dear friend who – at 95 – had filled our last 25 years with love and laughter, wine and song. God bless you, darling Nicky. We shall never forget you.

I rolled up my sleeves and went back to work with someone who turned out to be not at all as they seemed. I am not one to dwell on negatives and am a great believer in karma, but rarely have I encountered anyone quite so toxic *shudder* Fortunately, I made a new friend in the process and bonded even more deeply with an old one. Thank you, Claire and Carly. 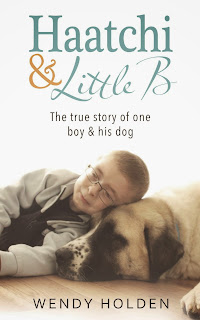 What the universe kindly offered me as an antidote was the purity of Haatchi and Little B, the delightful duo of seven-year-old Owen Howkins and his beloved three-legged dog. After the success of my Uggie, The Artist book – which was published in Italy this year and will be published in Russia in 2014 (in addition to the UK, US, and France along with an app we developed separately), it was wonderful to go back to writing about people and animals who epitomize nothing but goodness.

Haatchi & Little B was voted ‘book of the fair’ at the London Book Fair in March and will be published by Bantam Press in February in the UK. It will also be published in Germany, Brazil, America and elsewhere. If you haven’t seen this adorable pair already at Crufts or on the Paul O’Grady Show and elsewhere do watch out for them on TV and at book signings.

Continuing on the canine theme, in April my novella Mr. Scraps was published online as an ebook. Inspired by the true story of a dog named Rip who was the first search-and-rescue dog during the Second World War, Mr. Scraps is a heartwarming story of courage, love and devotion that appeals to parents and children alike. I wrote it for my niece and nephew and hope it will be published as a paperback specifically aimed at Year 7 students later this year.

I also published my first novel The Sense of Paper as an ebook outside the US. First published by Random House New York in 2006, it is still in print in America but I wanted to make it more widely available. I designed the jacket myself and had fun revisiting something that I first starting writing ten years ago. 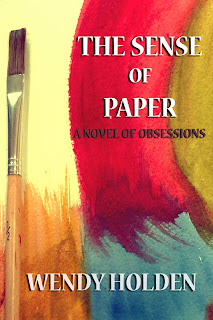 In between travelling back and forth to the US and spending the summer in Italy again, I also finished up the remarkable memoir of Sheila E, the world’s most famous female drummer whose story of redemption through music will be published by Atria in the US in the autumn. To the Beat of My Own Drum is moving and courageous and I am delighted to call Sheila my friend.

Talking of friends, I spent much of the year in California and elsewhere engrossed in the research and writing of my third book with Goldie Hawn. The Wellspring of Joy continues our bestselling 10 Mindful Minutes series and is to be published worldwide in October. In this latest book Goldie helps us to rediscover the joy we are all born with but often lose sight of along the way, especially in our frenzied lives.

2013 wasn’t all about work and in our thirtieth wedding anniversary year, Himself and I managed to spend some glorious time in Suffolk, Devon, Spain, and our beloved Italy where we also slipped away to Venice. We had visitors from Scotland, Holland, and America, and I reconnected with the indomitable ‘Lady Blue Eyes’ Barbara Sinatra, as well as our old friend David Richardson. We also made some great new friends - especially Will Howkins, Colleen Drummond, David Keough, Ayesha Adonais, and Jen Bergstrom – with whom we have unfinished business!

With the London Book Fair in April and three new books coming out next year I shall be busy helping to promote them as well as updating and publishing as an ebook one of my recently out of print titles, Shell Shock: The Psychological Trauma of War. 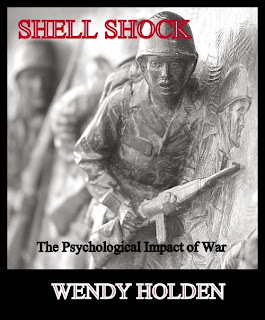 To keep me out of mischief, I have a fascinating and intensely moving new war story to research, another novel burning away in my brain, and an unusual Hollywood memoir to write. I shall be adapting a screenplay I wrote into a stage play, helping a friend publish her YA memoir, and will be eagerly awaiting the first draft of a screenplay based on a bestselling book I wrote a decade ago. Plus, whatever else the tide brings in….