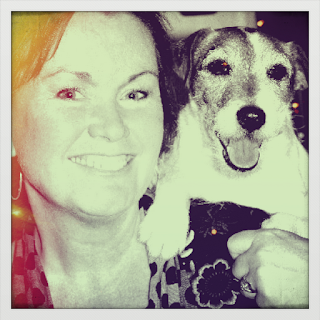 “Bow Wow!” In the words of Uggie, the adorable Jack Russell from The Artist - the hit movie of the decade–what a year it has been! My paws have hardly touched the ground as I have been racing back and forth across the and elsewhere, chasing my own tail.

The biggest treat of all has been to write Uggie’s celebrity memoir; an idea I came up with halfway through watching the film many months ago. I sniffed out his owner on Facebook, pursued him doggedly, and finally won the deal of the year – beating off stiff competition from writers, agents, and publishers around the world. I can honestly say that penning his biography – charting from his days as a pound-bound hound to his time on the Oscars red carpet along with the best of them - has been one of the highlights of my career. Just don’t tell my jealous spaniel, Digby! 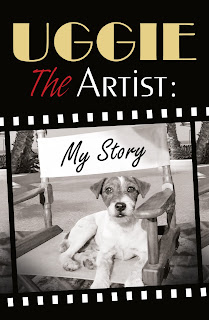 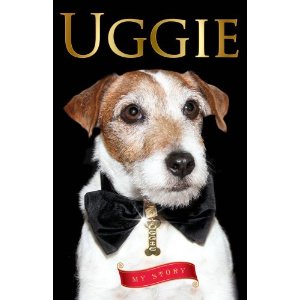 Uggie: The Artist, My Story will be published in the USA, UK, and France in October (available for pre-order now from Amazon and all good book stores), when I will have the privilege of spending even more time with this remarkably talented canine thespian and his charming acting coach/owner Omar Von Muller. Between us we will be appearing on TV and in person at events in , , , , and and on the sofa of every major chat show.

On September 10, we also launched Uggie The Artist app at the App Store - http://itunes.apple.com/app/uggie-the-artist/id546993400?ls=1&mt=8 You can see the article about how that extraordinary event came about on the Book Brunch website at http://www.bookbrunch.co.uk/pid/article_free/a_wild_ride. It really has been a wild ride, too, and we have a few more surprises in our box of tricks, so watch this space. For those who may have missed his links, you can follow Uggie on Twitter (Uggie_TheArtist), and on Facebook at Uggie The-Artist to catch up with his antics. 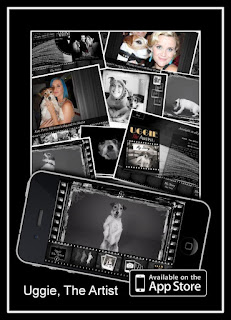 In the middle of all of the Uggie excitement, my latest book with Goldie Hawn was released internationally and stormed up the bestsellers lists, reaching number 3 in the New York Times chart. 10 Mindful Minutes: Giving our Children - and Ourselves - the Social and Emotional Skills to Reduce Stress and Anxiety For Healthier, Happier Lives clearly struck a chord with people of all ages around the world.

The pioneering work of her charitable foundation MindUP has had such amazing results in schools around the world that the parents of those benefitting from the programme begged her to write this book. Goldie and I drew on the expertise of some of the greatest minds in the field of neuroscience and emotional psychology to devise ways of helping children and parents deal with everyday stresses. By taking time to appreciate all that life has to offer we put the reader back in the driving seat and led them through what could otherwise be a minefield of confusing information.

Goldie flew into to help promote the book and we had a blast from the day she landed until the day she left. Hundreds of fans queued in the rain outside Waterstone’s in Piccadilly to see her; she was a star on Desert Island Discs and during a live webchat on Mumsnet. She was a riot on The Graham Norton Show, and at an all-night fundraising event for MindUP at Annabel’s nightclub she proved that she can outshine us all! I just spent some time with her in to discuss our next project together – a book about Joy - and I can hardly wait.

Confidentiality agreements preclude me from revealing who I shall be working with next but I can promise to take you into the worlds of two remarkable people who will be known and loved by most. Suffice to say, I shall be dividing my time as usual between the and the , which leaves little time to enjoy the glorious British weather, the Olympics, and – most importantly of all my husband and dogs. But as, I always assure them, Mummy needs to go away just to keep them in dog biscuits. I hope they understand! Woof! Woof! xx